these last two weeks have been quite possibly the most complicated weeks of my entire life, and here’s why.

it all started when I invited this guy, I’ll call him LD, over to my house last Wednesday. now look, I knew what I was getting into when I asked him over. I expected us to make out, touch a bit, whatever. it seemed exciting. I’ve been thinking lately that I want to try some physical interaction with someone because it’s something I’ve never had but something that seems really great in theory.

so I invited LD over. he didn’t even do anything wrong. we were watching this really bad movie, called Aaah! Zombies!!, when he turned to me and asked if he could kiss me. of course I said yes, this was what I expected. so we kissed a bit, and then he took it just slightly further.

now, I’ll say that nothing happened underneath my clothes really, nothing came off and his hand got under my shirt but not under my bra. but he started rubbing you-know-where (sorry, it’s my obligation as a virgin to be a little modest about all this at the very least) and I started to internally freak out. I didn’t even know what to do. during the tiny breaks we took between kissing and such, he told me that I was actually shaking. I didn’t even notice, but I was visibly shaking. it scared the shit out of me.

when he asked me why I seemed hesitant I told him that, look, I’ve never done anything like this with anyone. he seemed genuinely shocked that “a pretty girl like you hasn’t done all this stuff.” and I think he honestly did not understand why I acted the way I did. luckily, for my own sake anyways, I was able to tell him to stop every time his hand tried to end up in my pants. but I wasn’t really able to tell him to slow down or anything. he pushed things way faster than I was prepared for, and was much rougher than I wanted. I froze up, bad. when he left I felt… soiled.

all LD wants is to be friends with benefits, not in a relationship. I guess that’s what he thought I wanted too when I told him I didn’t want to be in a relationship, but that’s not what I meant at all.

see, I want my first sexual interactions to be with someone who I’m with, in a committed relationship. someone I trust. someone who respects me, who respects my boundaries, who cares about me, and who doesn’t intend to use me. I’ve never had a relationship like this that went anywhere physically; the only one I really would have been comfortable with was A, who lives literally 1000 miles away. so I want my first times to be with someone I trust and care about. aka not LD or anyone like him. I don’t think he honestly gives a shit about me.

so that was the first occurrence of me freezing up. the idea excites me, but the actuality terrifies me. I didn’t think I’d find the right guy anytime soon.

well, things turned around sooner than I thought, but they really only served to make things much more complicated in the end.

a guy I know, we’ll call him K, is dating this horrible awful girl. she’s semi-abusive, expects K to treat her like a princess, uses him for his money, and generally doesn’t give two shits about him other than being able to have regular sex with him. (granted, this is all my interpretation so take it with a grain of salt–I’m an admitted liar.) but what I’m saying is it’s bad, and he really ought to break up with her.

this is even more poignant now. they’re both going off to college when the semester starts, him to community college, her to a nicer college about 40 minutes away. she wants to “take a break” once they start college, or, as my literal translation goes, she wants to “go to college and fuck other people but be able to come back to him and have everything be okay.” that would be fine, great in fact, but K does not want this. he is totally, 100% against this idea. she doesn’t care. she won’t lie to him and tell him she won’t do it, she’ll just do it anyways whether he agrees or not. why can she get away with this? because he’s proven on multiple occasions that he’s too spineless when it comes to her and will let her get away with anything, ultimately. so she thinks it’ll be fine and she can do it even though he doesn’t want he to.

problem is, she may be right. he doesn’t want to break up with her because she’s the only girl he’s really been with and they’ve been together so long that I think he’s so afraid to be alone afterwards that he isn’t willing to do anything to end it.

here’s where I come in.

he told me about all this the other day, and so I invited him over to my house just yesterday to be some moral support for him. I was and am prepared to be what he needs me to be to get through this, be that friend or something more. and you know, at first it was really innocent. he came over, we watched Cabin in the Woods and then The Avengers and then we just kind of goofed around on my computer… at some point, and I’m not sure how, he ended up with his head on my lap so I started playing with his hair. he kept looking up at me with this odd look in his eyes… and sometime later he ended up with his arms around me. he said “I probably shouldn’t be holding you like this,” but he didn’t let go.

and then he said, “and I probably shouldn’t do a lot of the things I wish I could do, either.” he told me he hoped I didn’t think he was using me, to take out some of his frustration with his girlfriend. I told him it didn’t matter… but I told him I didn’t want to make things worse or more complicated for him. I told him I don’t want to encourage him cheating on her, as much as I don’t like her.

and when it was time for him to go home, he asked if he could kiss me just once.

now here’s why this is all so damned complicated for everyone involved:

I think K could really be the guy that I’m looking for. I know he respects me, and he’s also very very attracted to me. I’ve known him for a while… and I really do trust him. I think he might be the right guy for me right now, BUT: it all depends on a very long and very improbably series of what ifs.

IF K wants to be with me afterwards

IF K can understand that in a year I’m leaving the state to go to college and refuse to be in another long-distance relationship so we won’t last any longer than a year and he’s okay with that.

I don’t want to hurt him if he doesn’t actually accept that, and I have to leave anyways, but if I warn him and he wants to go through with it then I’ve done everything I can do.

but again, this is all if.

I’m hoping he understands that he won’t be alone if he leaves her. that I’ll be here for him. he told me he feels safe, and happy, when he’s around me. I hope he remembers that feeling. I hope it gives him the strength to leave her. I hope…

so that’s the situation. currently, stupid, messy, complicated situation. I’ve probably bored all my readers with this, this long ass post and this ranting about my personal life, but that’s what this blog is for after all.

so goodnight again, dear bored readers. I appreciate each and every one of you. ♥ 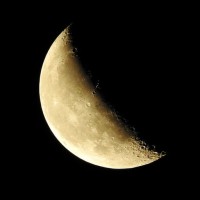